When Change and Culture Clash, Communication is Key

I recently read a 2006 Harvard Business Review article titled “The Seasoned Executive’s Decision Making Style” which discussed the ways in which executive’s leadership styles change as they advance in their career. This got me thinking about how an executive’s leadership style must adapt when they join a new company with a new culture. When starting a new job, our natural inclination is to hit the ground running and prove ourselves as a worthy new employee. In my experience, this is especially true for newly hired executives, particularly when they’ve taken on a higher level of leadership and responsibility. In some cases new executives are hired to help guide the company through change, such as an aggressive growth plan, a new initiative or because the incumbent executive was just not getting the job done. In most cases, the new executive has been hired to continue a progression of growth and acceleration in the company. In both scenarios, the new hire is often given a series of goals and responsibilities to carry out within the first few months of his or her tenure.

Without careful consideration of expectations, this is how I’ve seen it play out: the newly hired executive is involved in a series of discussions about what they’re going to accomplish in their first few months at the company, but not necessarily how they’re going to accomplish it. The new executive wants to be accountable and drive change – but if they try and drive change too quickly without bringing the rest of their team along, there can be major conflict. The new executive with an aggressive plan/timetable for initiatives involving other people can upset the team if they are not used to working at such an aggressive pace. The new executive may be feeling anxious about being judged for not accomplishing goals quickly and that can cause them to forget to “bring the team along” as they work to meet these new goals. An executive who hasn’t yet taken the time (or even had the time) to develop relationships with their team can often be too directive and much less collaborative. Unfortunately, all of these factors can lead to disconnect between the new executive and his/her team, as well as a dip in the level of productivity.

Fortunately, the conflict, tension and disconnect can usually be repaired with one simple tool: communication. It is imperative that the new executive and the existing executive leadership team develop open lines of communication, especially when setting expectations about what s/he wil 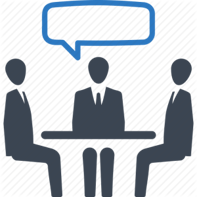 l accomplish during their first few months on the job. These expectations should be constantly reviewed to make sure they remain realistic. Communication is also key between the newly hired executive and their team. During the first months on the job, a new executive is learning how to adapt their leadership style to best lead the team. The HBR article noted that struggling managers can get back on track through open communication and recognizing they’ve failed to adapt old habits to a new environment or jumped too quickly into executive-mode. If the new executive can see the problem (with help from the executive leadership team) and be willing to change, there is no reason that they cannot get back on track. HBR writes “successful executives continually adjust their leadership style as their career progresses – the least successful have leadership styles that stagnate and are inflexible.”

When I’m in the process of identifying a new executive, I assess leadership style and eliminate candidates who are not ready for promotion to a higher level. Of course, I also look for “fit” with the company’s culture and values. While I cannot always be there to make sure a clash doesn’t happen, identifying a mature leadership style with willingness to be adaptable ensures a smooth transition. With open communication, realistic expectations and careful evaluation, the odds are dramatically increased that the new executive, along with their team, will succeed in taking the company to the next level.